August 05, 2018
After our walk up the Grand Wash, Anne and I had some lunch. It was certainly hot and dusty as evidenced by her car. 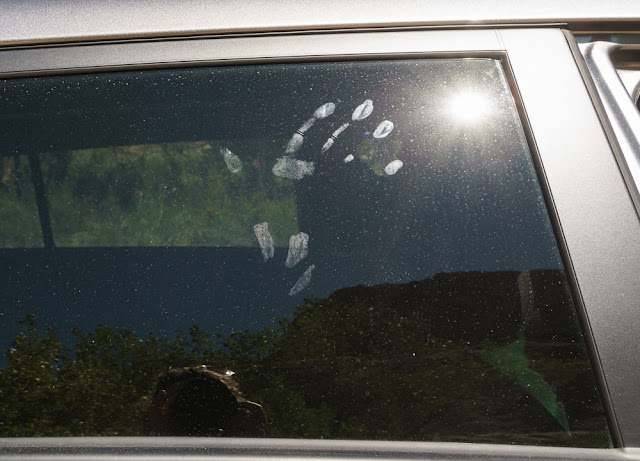 One of the big tourist spots in Capitol Reef is a boardwalk, which runs around the base of a cliff next to the Fremont River. Here it was very busy as people jostled to see the petroglyphs, carvings in the rock made by the Fremont people. The Fremonts lived along the banks of the river between 300 and 1300CE, as hunter gatherers. They also grew some crops and lived in pit houses and rock shelters. I took some pictures of the petroglyphs and then became distracted by the shadows falling on the rocks. 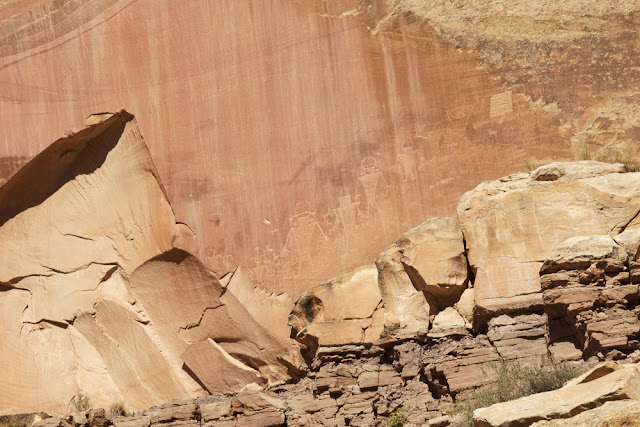 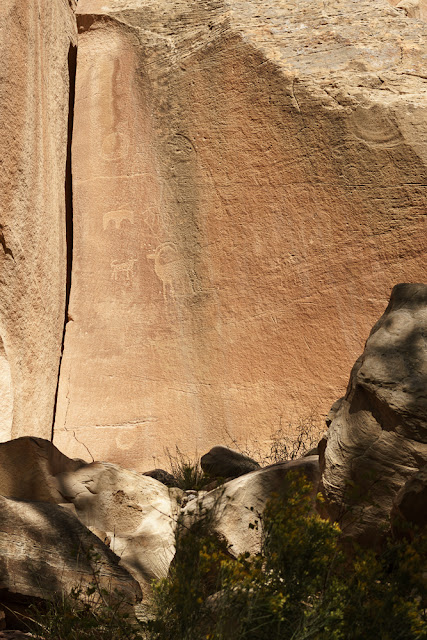 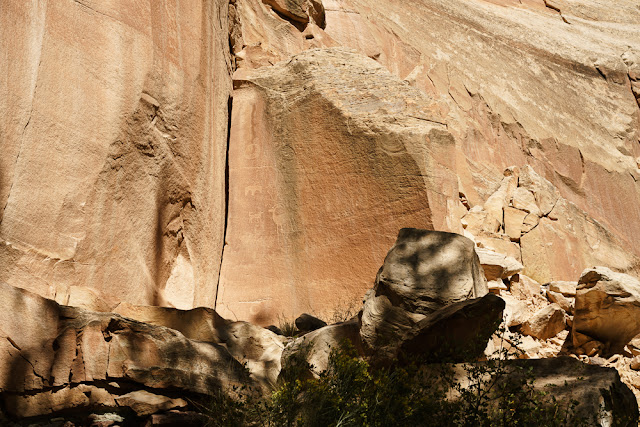 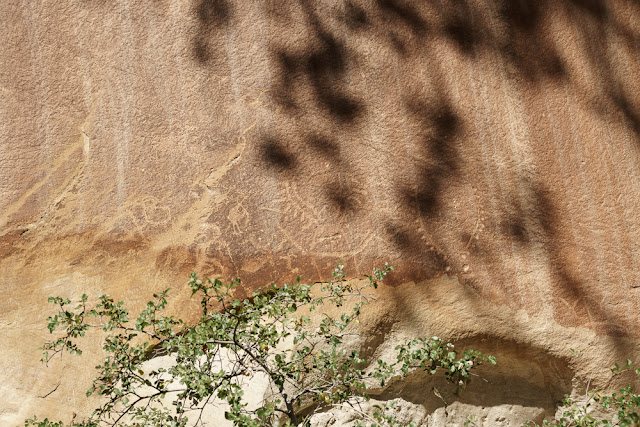 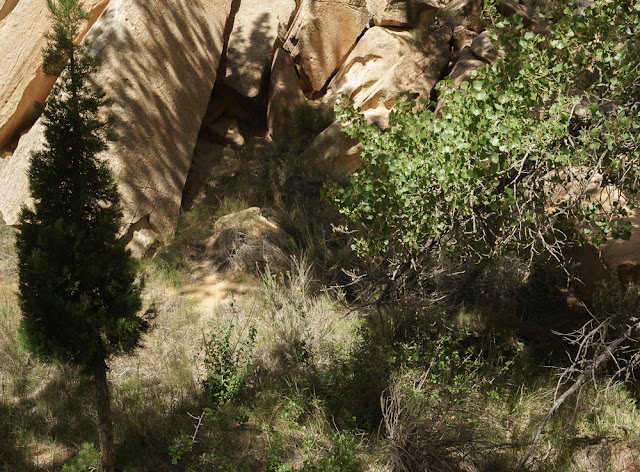 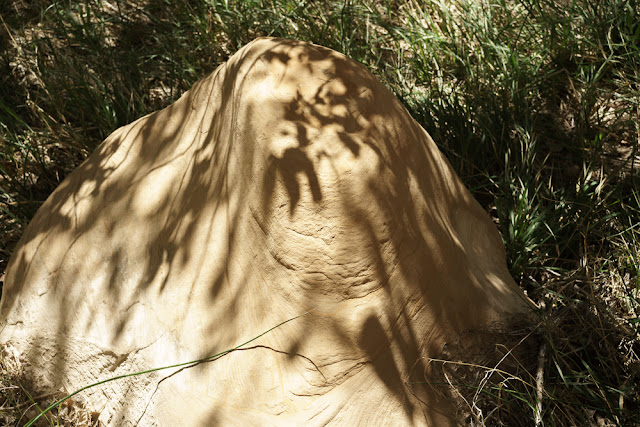 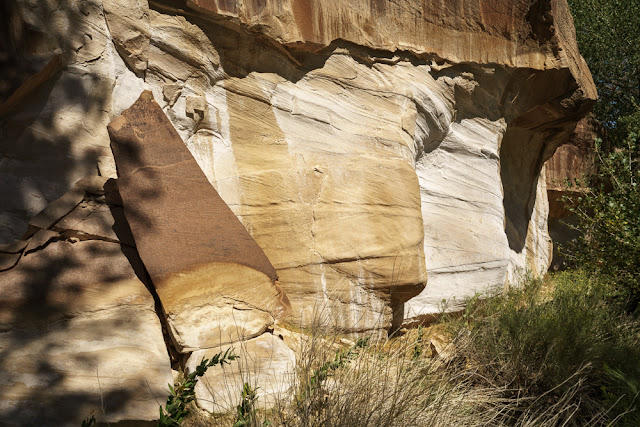 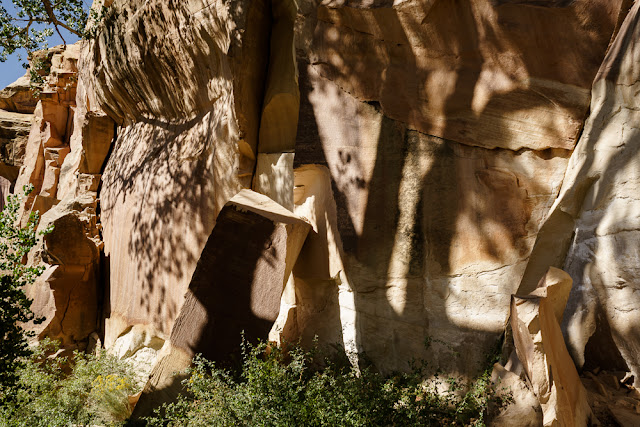 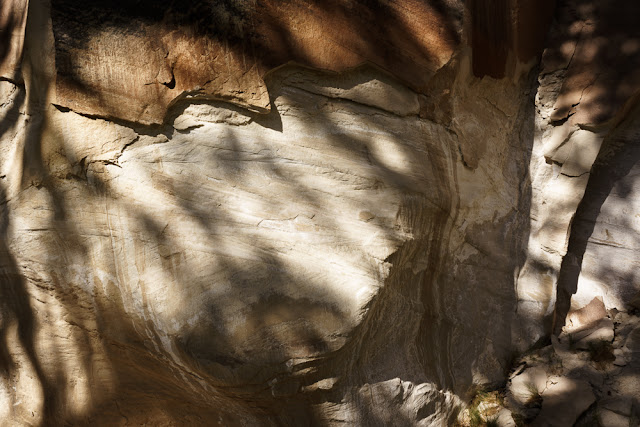 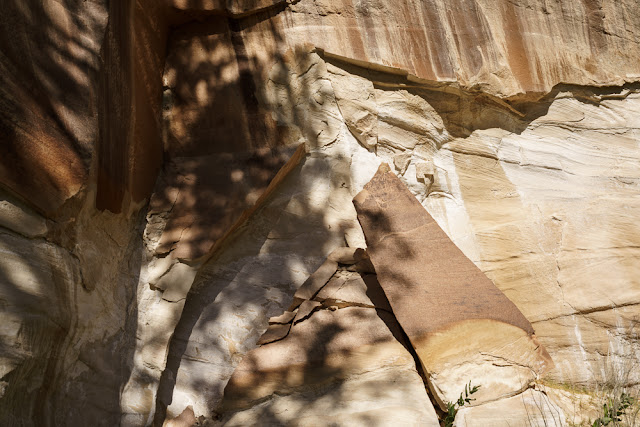 Having seen evidence of the Fremont folk we went to what remained of Fruita, the Mormon settlement.
The Mormons came from Salt Lake City, looking for places where they could settle in Southern Utah. They did face some persecution, so the remote byways suited them. In the 1870's and 80's various little places were settled along the Fremont River, including Loa, Torrey and Fruita (then called Junction). Fruita could only sustain 10 families who came and went over the years. In 1896 Elijah Cutler Benunin cleared a wagon road through Waterpocket Fold which allowed easier transportation through the area.
The National Park was established in 1937 but the community of Fruita persisted until 1971 when the last resident, Dewy Gifford, left for Torrey. He and his wife had raised 4 children while he worked in the orchards, laboured on the state roads and later established a small motel for the increasing numbers of visitors.
We did visit the orchards which were mainly apple, and had some fruit which you were allowed to take. 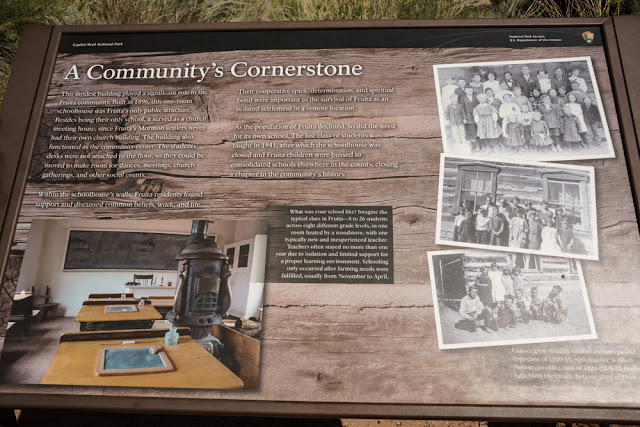 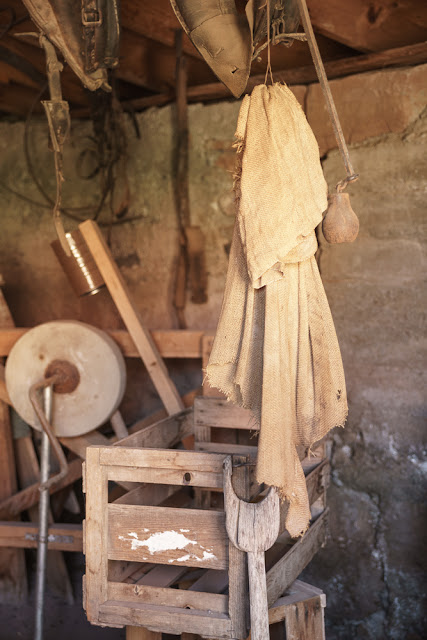 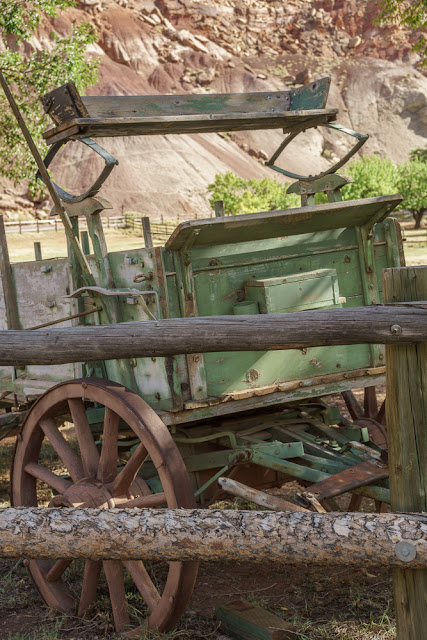 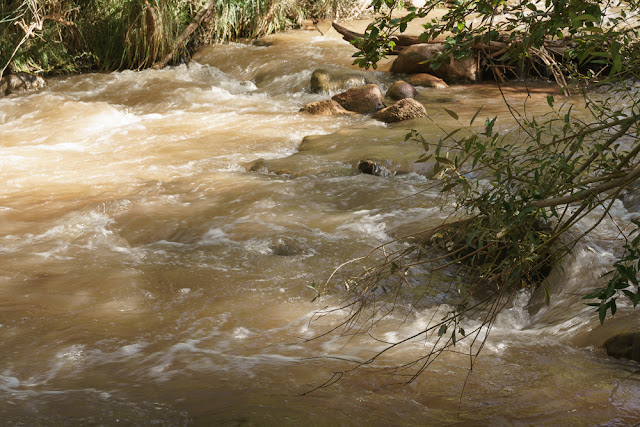 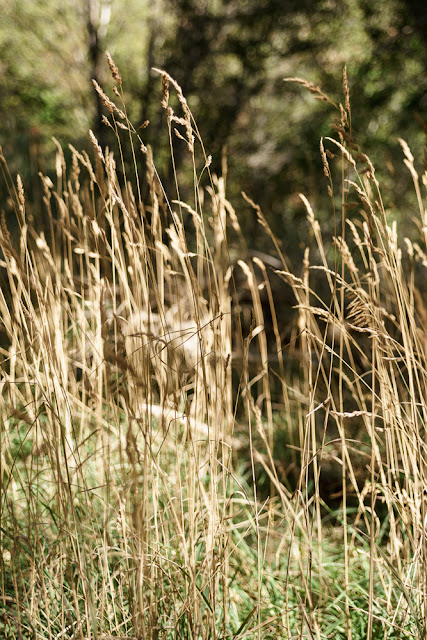 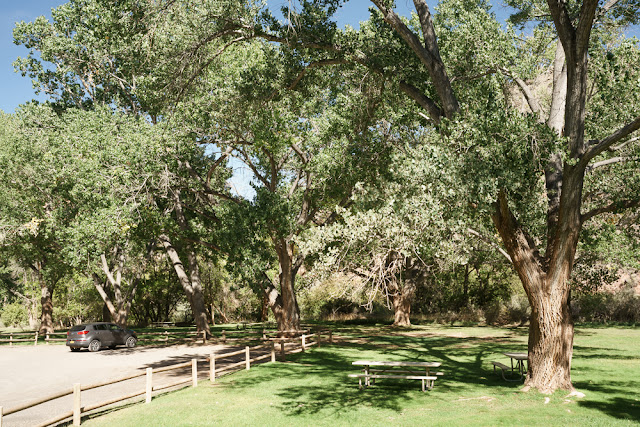 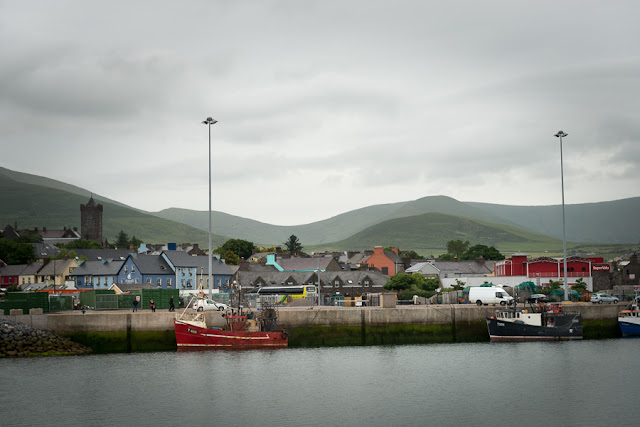 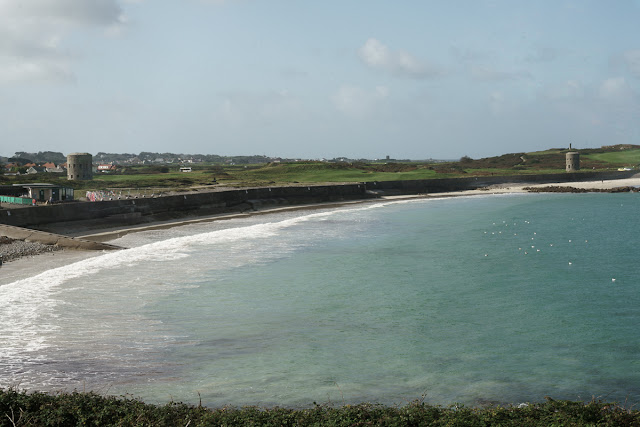 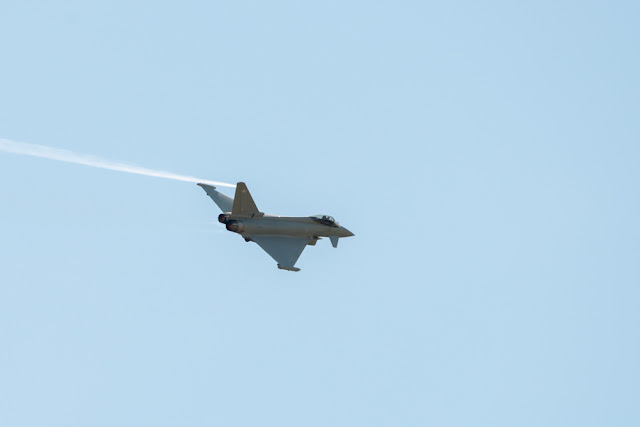 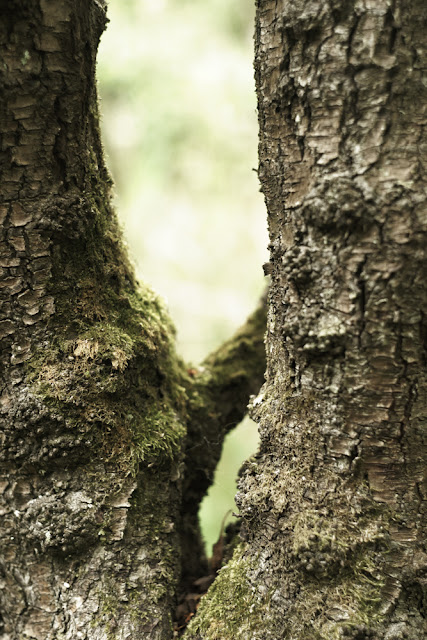