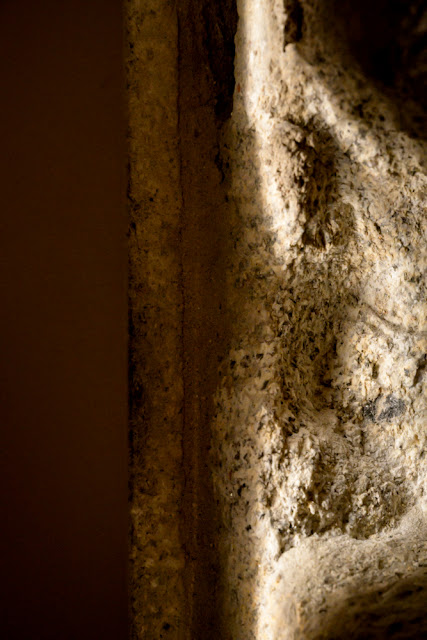 We had flown in to the workshop via Porto airport and now it was time to go back and explore this lovely city in more depth. We all spent some time in the Centro Portugues de Fotografia, a museum base in an ancient prison in the heart of Porto. As well as a permanent exhibition of cameras through time there are also several galleries of temporary exhibitions. This time there was an extensive selection of the work of Rune Eraker, a photographer who has devoted four years taking pictures of political prisoners and the gaols they are confined in. A fitting subject for the location of this museum. Looking at Eraker's work was both inspiring and horrifying. For the rest of the day we were free to wander Porto, meeting up again at 5.00pm to eat.
Excuse again the large number of photographs. A number are just street photography and the rest somewhat more contemplative. 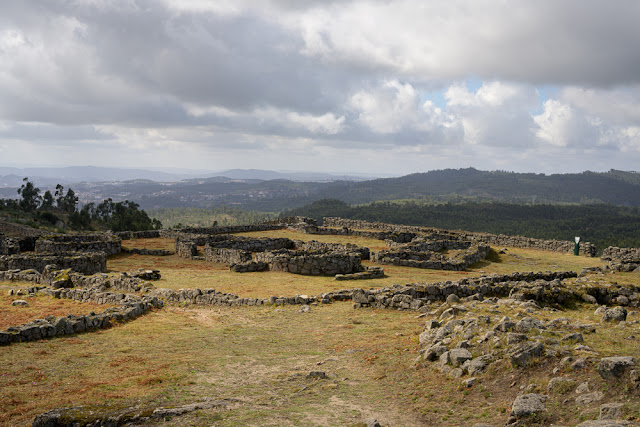 On the Tuesday we spent most of the day looking at the hill fort of Citânia de Sanfins, and then at the museum where they exhibit the archaeological finds from the site.
This hill fort was first occupied by Neolithic people and then used by the Romans. It was estimated that in the 1st and 2nd centuries BC, over 3,000 people lived on this hill top, making their living from working iron and trading with the local farmers. They used circular huts, the stone foundations of which are still evident. The Romans abandoned the circle for the oblong and the outlines of their buildings can also be seen.
Standing on this promontory with the sun coming and going I found it difficult not to go into full 'landscape mode', and some of the following pictures are more traditional than I would have liked. But they do give a feeling of the total site so I have included them.
The museum was a short car ride away from the hill fort. Maria made the find of the enormous chair stored in an old lean-to…
Post a comment
Read more 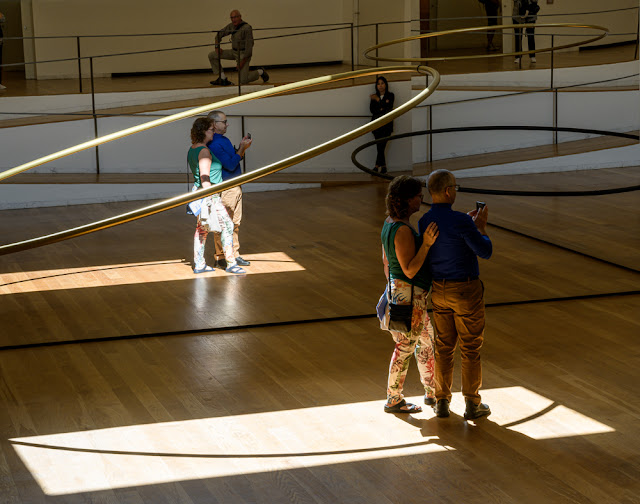 I was very excited to be visiting the Museum of Contemporary Art and the Serralves Foundation, so early on in the workshop. This art museum, on the edge of Porto, is set within acres of parkland and gardens with large-scale art  installations and also a beautiful art deco house. The Museum is a large white modern building which is a delight to photograph in itself. They have a programme of temporary exhibitions and this time the figured artist was Olafur Eliasson whose large scale birch coppice, lit in vivid orange, was on display in the foyer. Taking pictures of other people's art is always a conundrum, so I often use multiple exposure in order to change the works into something else. So here are some pictures taken in the museum and grounds.